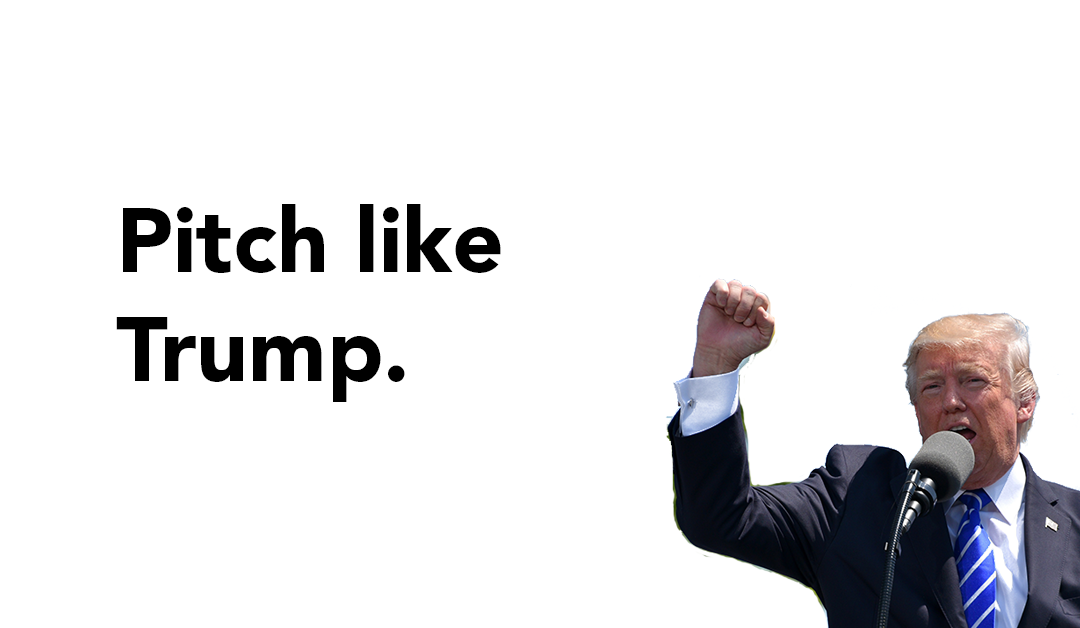 There are lots of things to say about Donald Trump. He is the president of the most powerful country in this world. However, he seems to attract a lot of hate at the same time.

Personally I’m not a big fan of his decisions and opinions. However, at the same time this man fascinates me. He is able to ‘penetrate’ his ideas into the minds of millions of people worldwide, all by using his words.

This article won’t discuss any (political) statements and actions made by Donald Trump. Instead, you will learn tips on pitching from the president himself.

For the past few weeks I’ve been analyzing all the speeches/talks/pitches if Donald Trump I could find. In this article you can find the 8 things which we all can learn about Pitching from Donald Trump. Read all the 8 of them and decide for yourself. Personally, I think Donald Trump is one of the best pitchers there is.

Let’s start with the 8 pitch strategies we can learn from Donald Trump.

#1 He uses his emotions to show that he cares

Donald Trump is the king of using his emotions. When he gets on stage, it seems like he is angry all the time. Showing your emotion creates a connection with your audience. Additionally, this shows his audience he really cares about the subject he is pitching.

#2 He uses easy words to make you understand

Sometimes it seems like Donald Trump is talking to a bunch of 10-year-old children. The way he uses short sentences with simple words make it sincerely look like he is teaching on a junior school.

Funny as that may sound, this strategy works brilliant. Because it’s so easy to understand, it’s also easy to listen to, and afterwards it’s really easy to remember what he said. 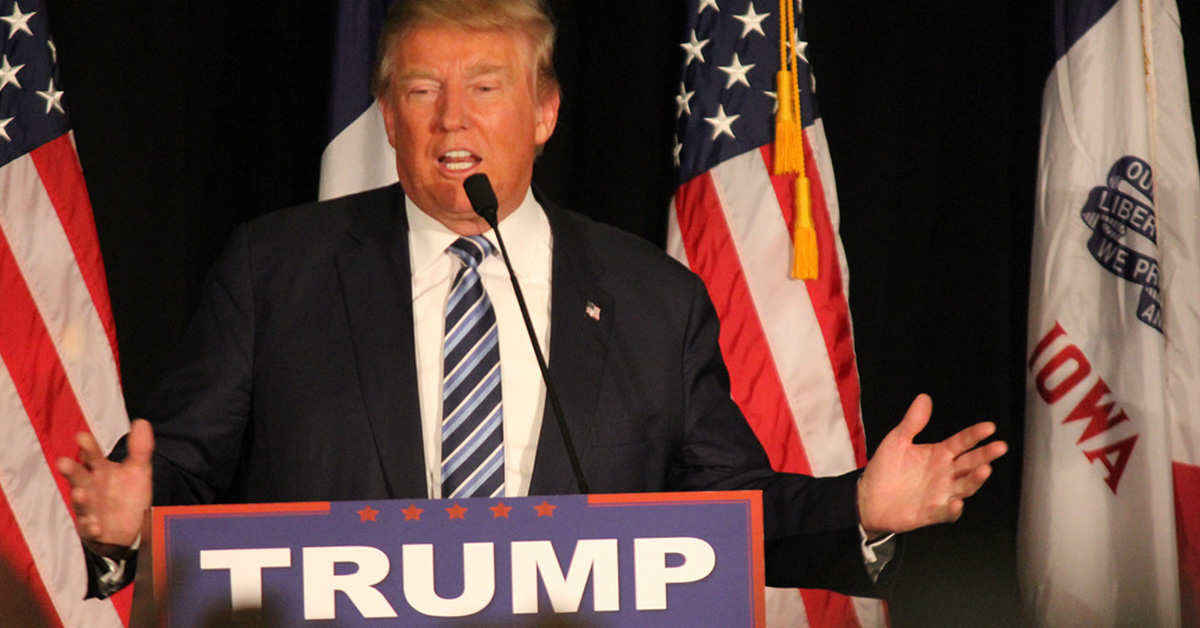 #3 He talks slow when he wants you to listen

Although Donald Trump doesn’t talk fast in general, he gets even slower when he wants you to listen. If he wants to emphasize the key message of his speech, he talks twice as slow as he would normally do.

Giving your audience time to process what you say is a smart move. A move that Donald Trump has mastered for sure.

All his repetitions might look silly, but they are well planned ahead. By repeating a statement, you make your audience remember it.

#5 He opens his arms to show he isn’t lying

Donald frequently opens his arms wide to emphasize that he’s telling the truth. Alongside, he holds his index finger to his thumb to make himself look smart, goal orientated and sharp. 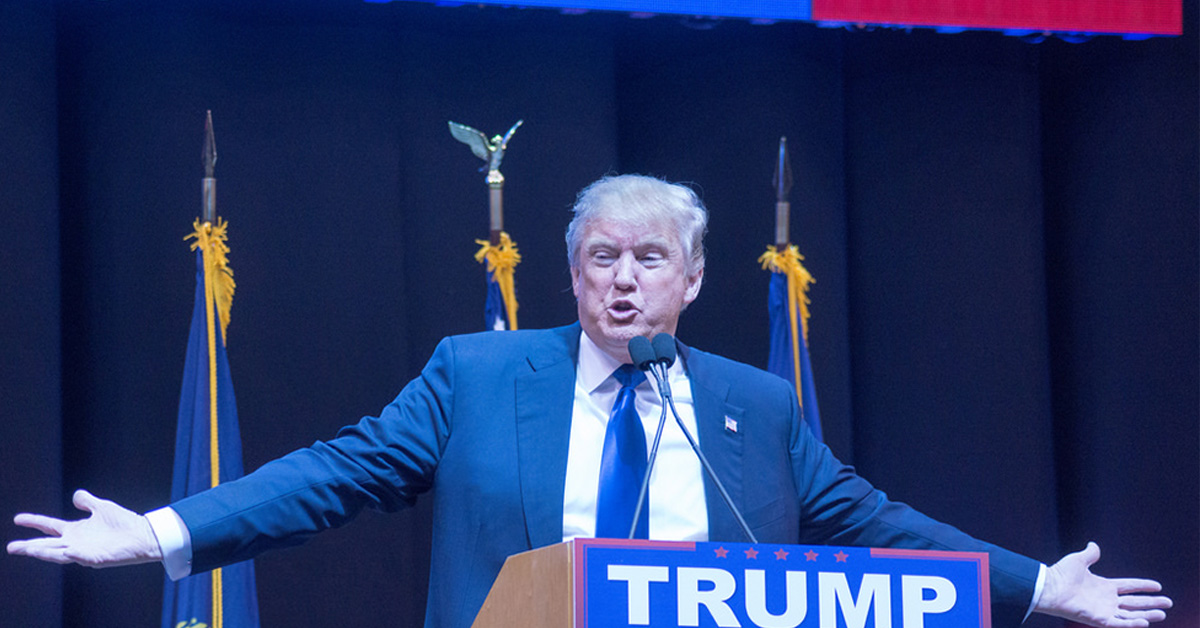 Donald constantly changes the way he talks, to keep the energy high. Changing the way you talk is pleasant to listen to, but also creates some curiosity. Since it’s almost impossible to predict what he’s going to say next, you’ll keep listening to what he has to say.

Donald Trump focuses his pitch on the people who are not sure what to think of him. The people who doubt on what they’ll be doing (or voting) are the ones who can be convinced. Donald Trump addresses all his pitches to them, since this maximizes his potential effectiveness. Simply choosing who you’re targeting with your pitch increases the effectiveness significantly.

#8 He never doubts to show you he is determined

Donald Trump might change his opinion every now and then, but he will never do it during his pitch. Whenever he is on stage, he is well determined and he will show it.

This is a great strategy, since nobody likes to listen to somebody who isn’t secure about his or her words. If you’re making time to listen to a pitch, the pitcher better be sure about what he or her has to say.

If you enjoyed this content, hit that share button below. It would mean a lot to me and it helps others to see the content as well.